So, Popsy and I went to Essex fashion week on the invite of a very talented Jeweller.
Louise Needham has a company called Jewels by Design-London.
A stunning Collection of different pieces including bracelets, headbands, earrings, brooches and the like; all eye catching and bespoke. when walking up to her stall, the pieces were breathtaking, I very quickly spotted some extraordinary brooches which were in fact Suffragette- they were stunning!
A small clip from jbd website                                            Full story-  Suffragettes

Jewels By Design London specialise in jewellery from the Suffragette Movement. It is very sought after and carries a special charm knowing just a little piece of its history. Below is a brief history of Suffragette Movement and the way they wore jewellery to show their commitment.
Although giving women the vote became a topical theme of the 1800s it wasn’t until 1893 that New Zealand became the first country in the world to award it. In 1902 Australia followed. It wasn’t until 1918 that Britain followed suit, and even then the vote was given only to certain groups of women, such as householders
Often ladies would have a piece of jewellery altered at the jewellers so to be able to show their commitment and perhaps depending upon their bravery against their husbands would be the depth and vibrancy of colours used. During this era peridots and amethyst were in demand with many beautiful rhinestones being used to imitate them. Paste was used for the white along with pearls to represent “women”. And many shades from deep purple through to violet were used to represent “vote”.
These are some of the Pictures I took of the Jewellery
Suffragette Brooches

as you can see, many years have gone into collecting a variety of stock like this and I can not imagine the time taken in making the button bracelets or head pieces, Louise is a very clever lady. If you would like to buy any of this reasonably priced one off hand crafted gems, just follow this link to another world! x 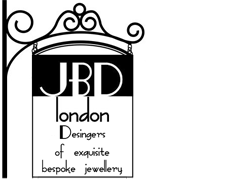 About the Author: Becky Long